Exercise Induced Collapse is an inherited condition that affects Labrador Retriever and related breeds. Affected dogs can endure mild to moderate exercise but after 5 to 20 minutes of heavy exercise with extreme excitement, the dog shows weakness and then collapse. Severely affected dogs may collapse whenever they are exercised to this extend – other dogs only exhibit collapse episodes sporadically.

Signs of EIC are not typically seen until the dog begin intense training. First symptoms are usually noted between 5 months and 3 years of age. However, it is confirmed that some affected dogs did not have collapse episodes until as late as age 10
The first symptom noted during an episode is usually a rocking or forced gait. The rear limbs then become weak and unable to support weight. Many affected dogs will continue to run while dragging their back legs. Some dogs appear uncoordinated, especially in the rear limbs, with a wide-based, long, loose stride rather than the sort stiff strides typically associated with muscle weakness. In some dogs the rear limb collapse progresses to forelimb weakness and occasionally to a total inability to move. Some dogs appear to have a loss of balance and may fall over, particularly as they recover from complete collapse. Most collapsed dogs are totally conscious and alert, still trying to run and retrieve, but as many as 25% of affected dogs will appear stunned or disoriented during the episode. 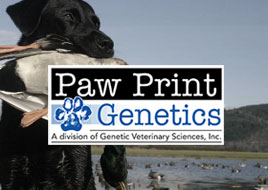 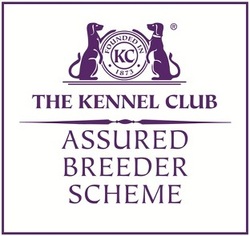